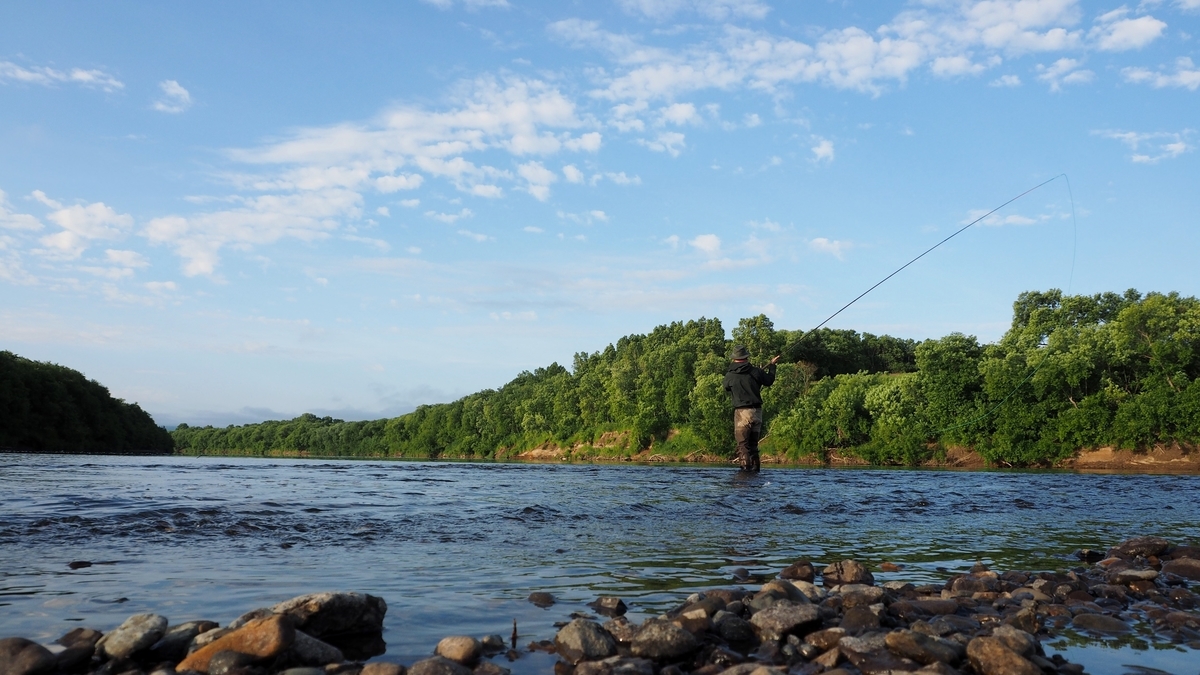 Hokkaido is northern big island of Japan.
There are many beautiful wild fishes, which are perfect for flyfishing.

Japanese huchen is a large species of salmonid freshwater fish in Hokkaido.
It also known as the Sakhalin taimen.
It is called "Ito" in Japan. 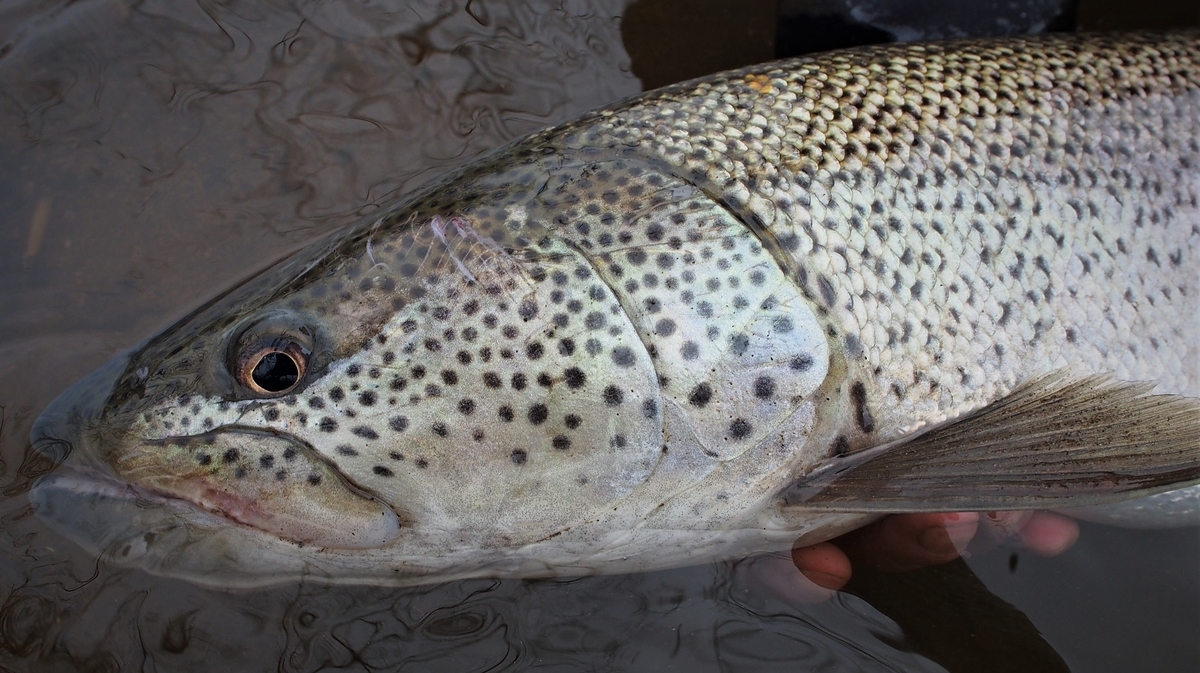 It find in only a few rivers and lakes because of population decrease.
The main reason for this decline was habitat destruction or modification. 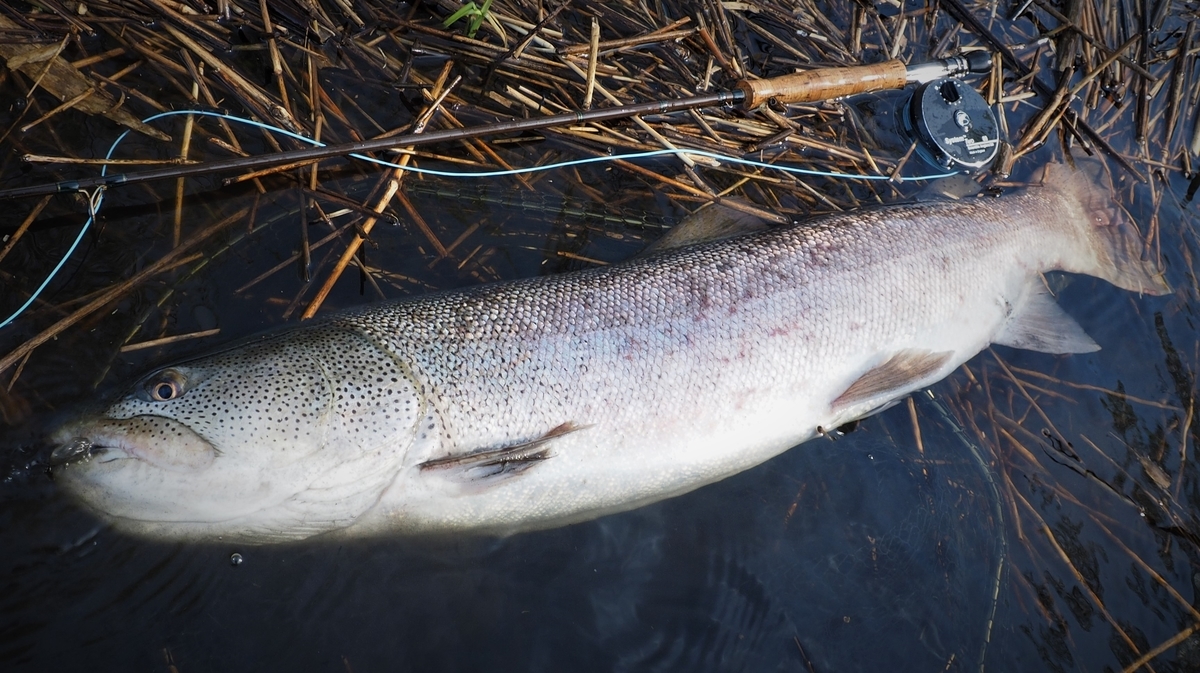 It will be very large.
80inches fish was caught in the past.
But now we can catch 50inches fish at a maximum.

For more information about Ito fishing, read this page. 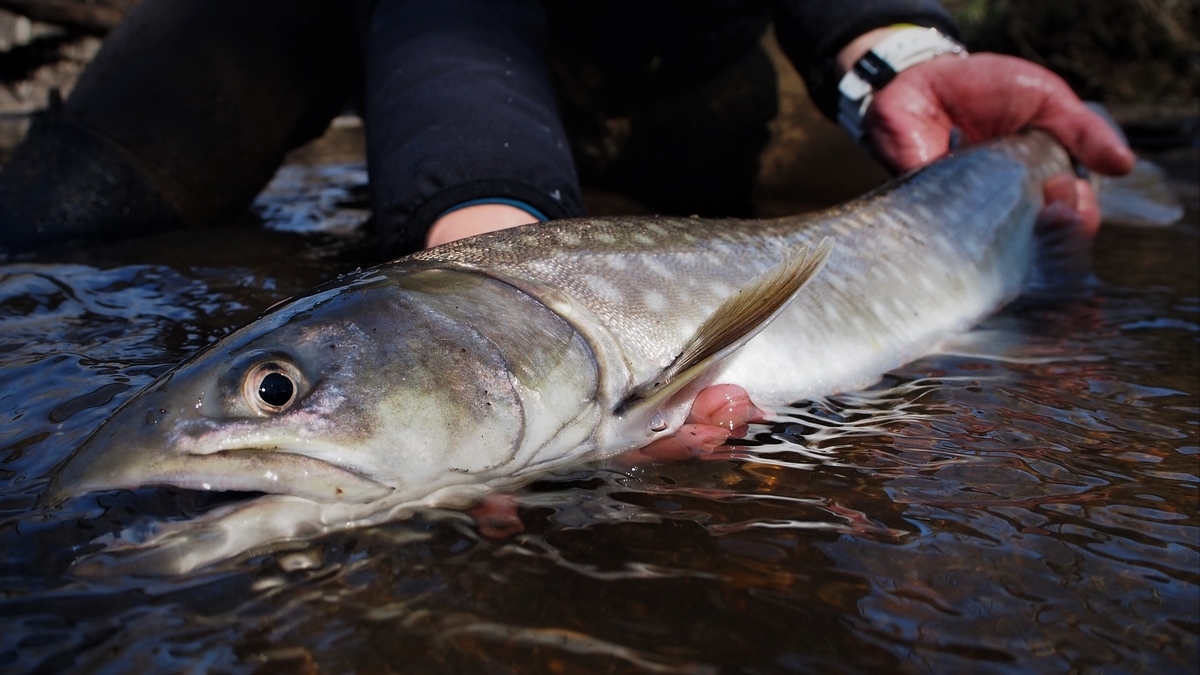 Whitespotted char is  the representative game fish of Hokkaido.
It find in many rivers and lakes.
It is called "Amemasu" in Japan. 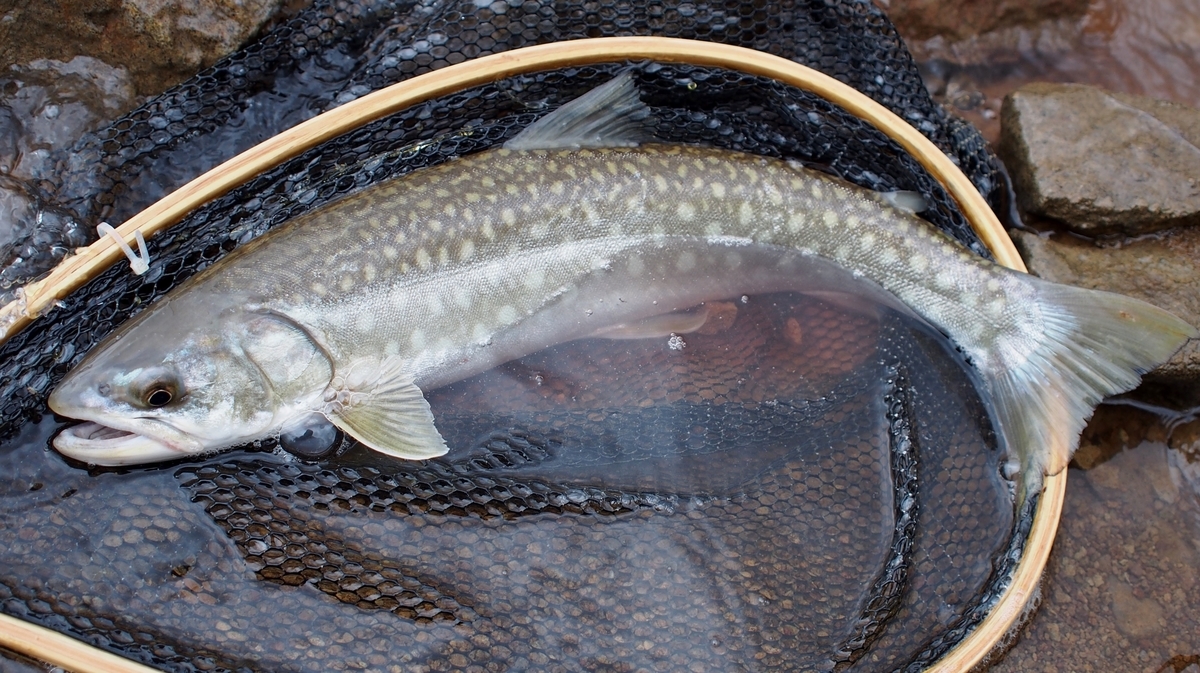 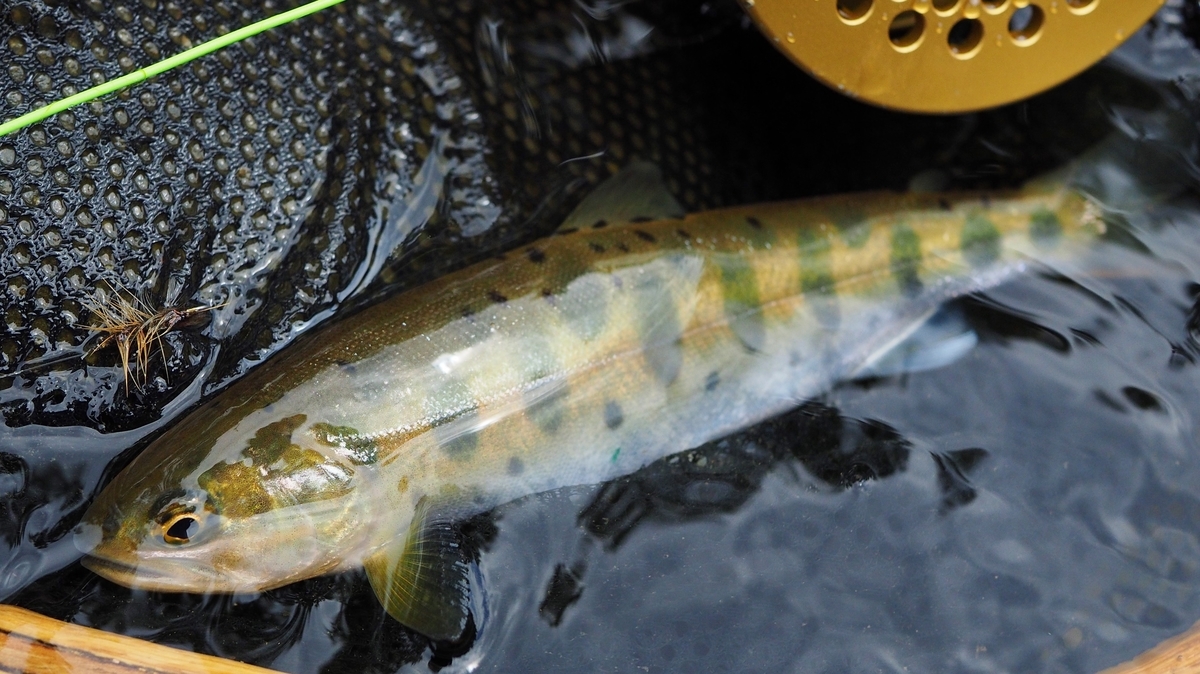 Cherry trout is small beautiful trout.
It is called "Yamame" in Japan. 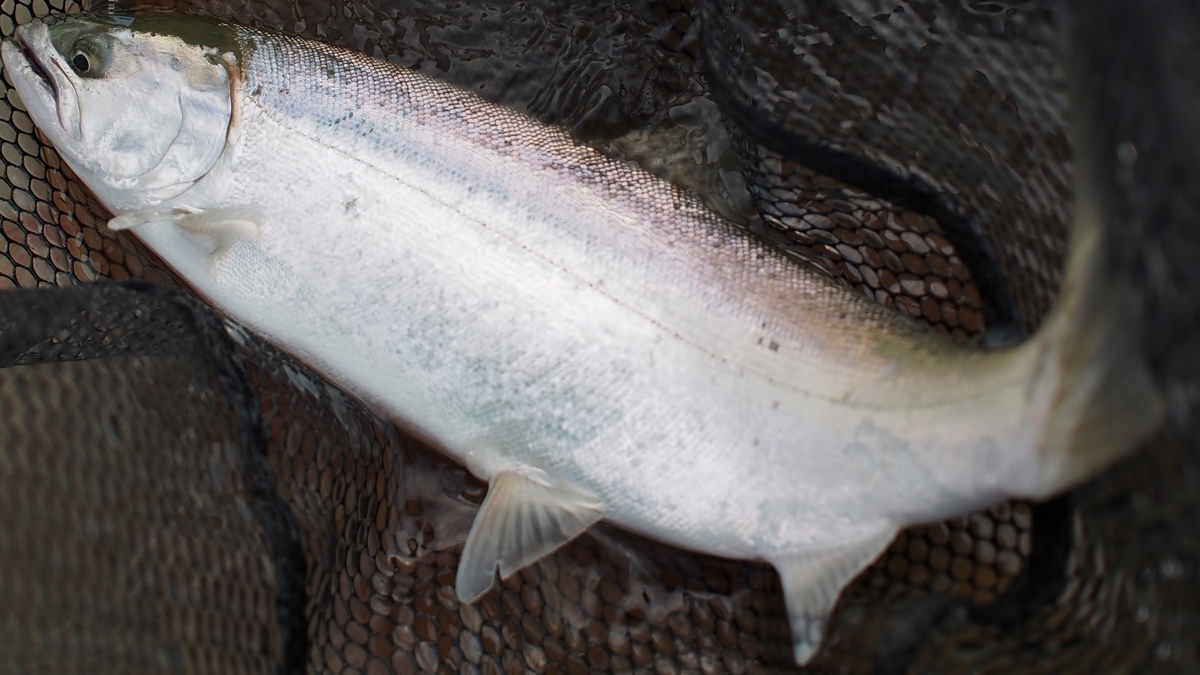 It will be Cherry salmon (Sakura masu) when it grows up in ocean or lake.
In Hokkaido,It is against the law to catch Cherry salmon in the river.
If you want to try Cherry salmon fishing ,You have to try in lakes or ocean. 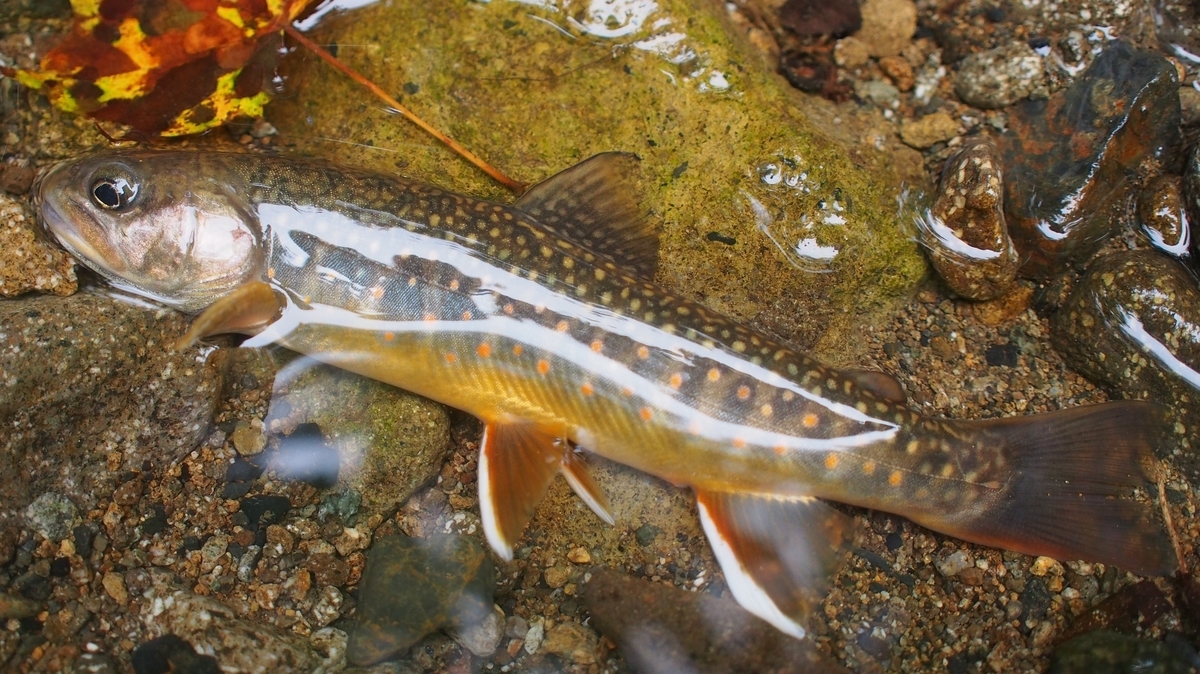 Southern Dolly Varden is called "Oshorokoma" in Japan.
It find in many small streams. 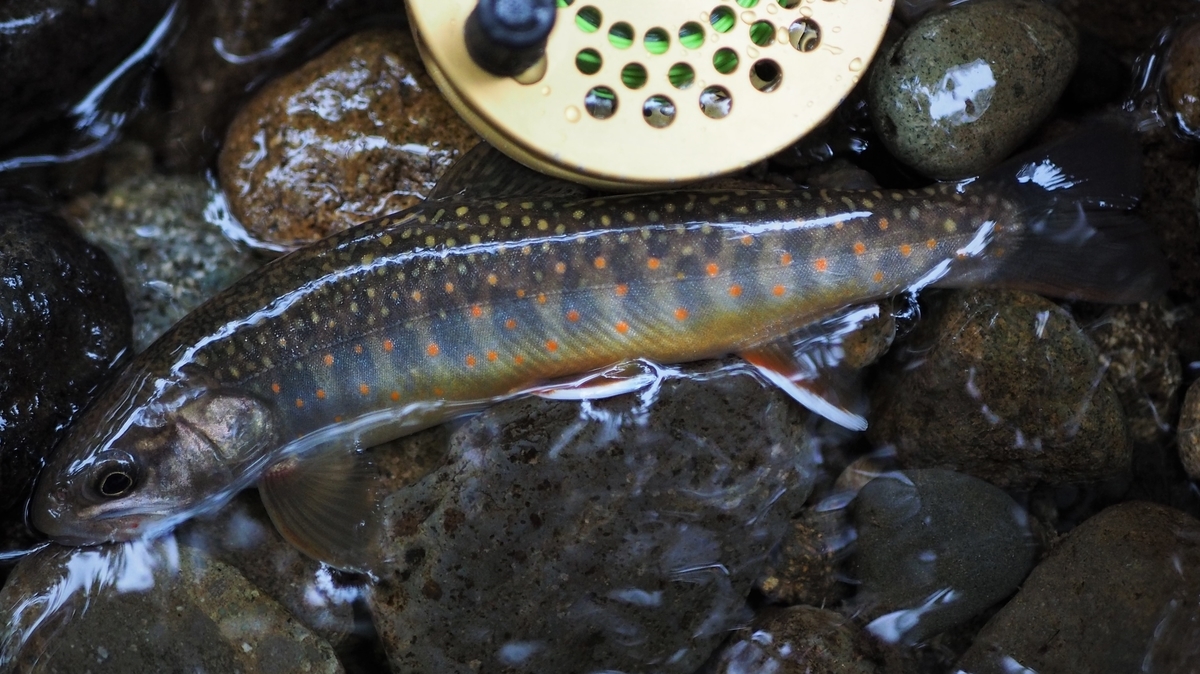 It is small fish (7inches), but breathtakingly beautiful.
Some people call it "Jewels of forest" 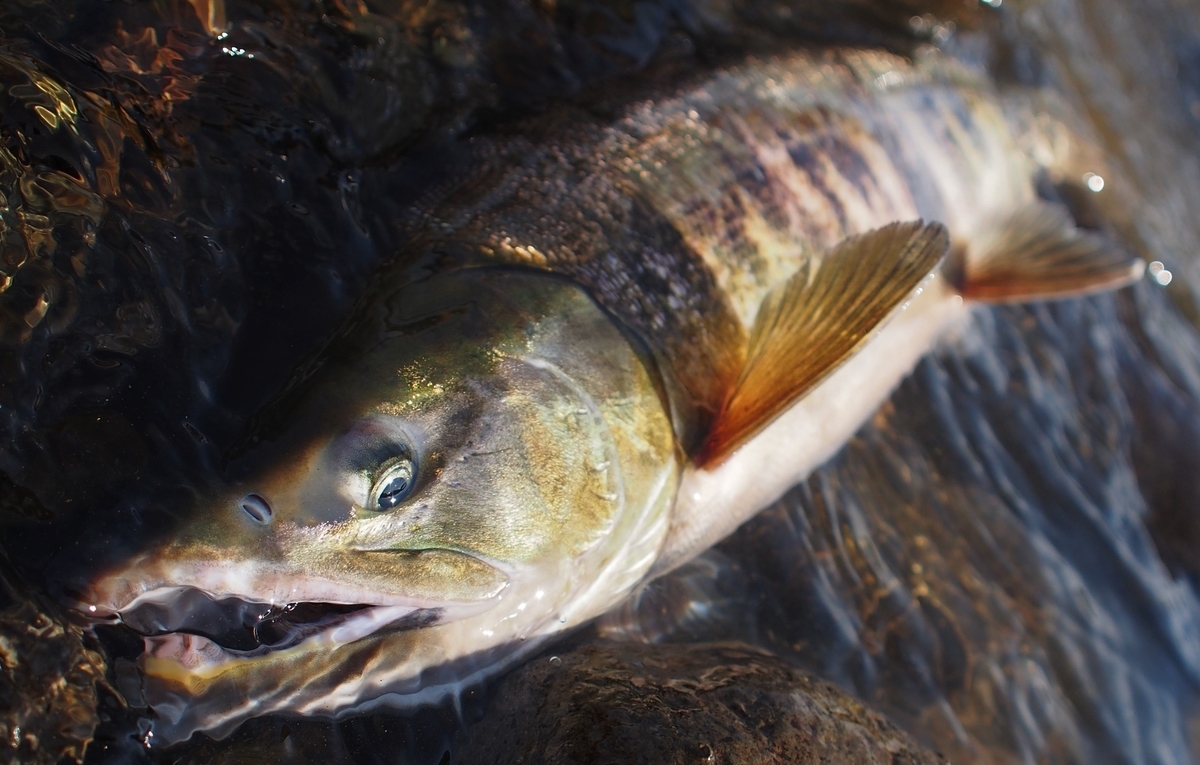 Chum salmon is common fish in Hokkaido.
It is called "Sake" in Japan. 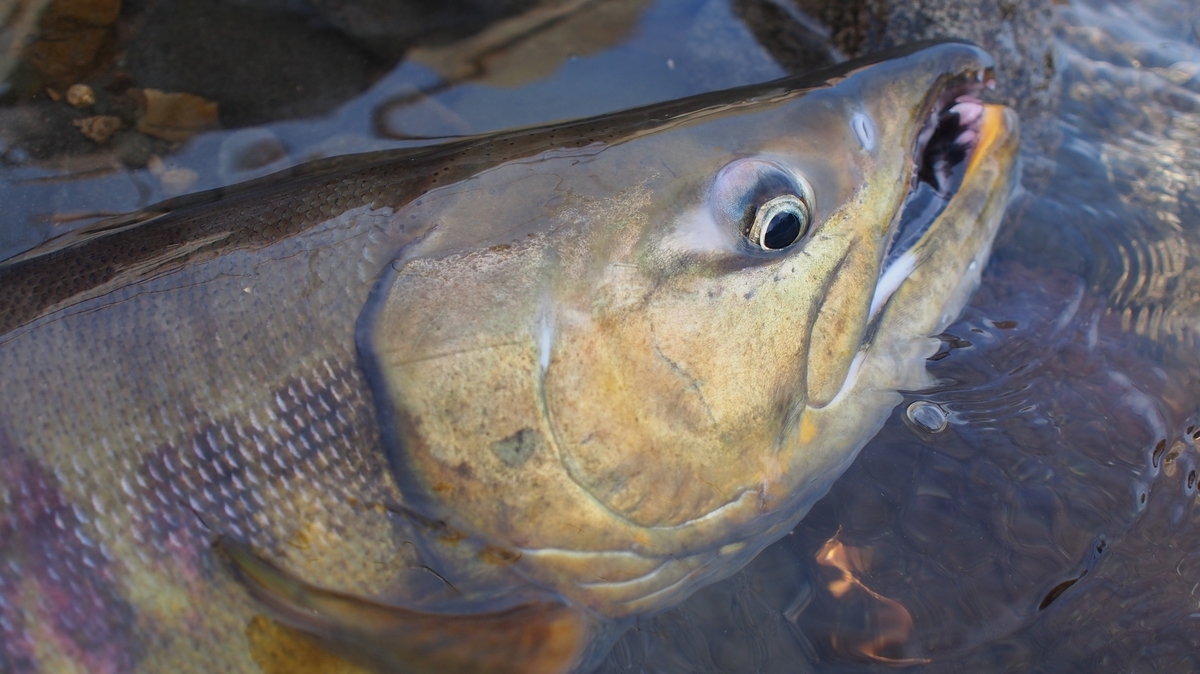 It is not allowed to catch in the river other than "Churui river".
If you want to try fishing in Churui river, Pre-registration is required. 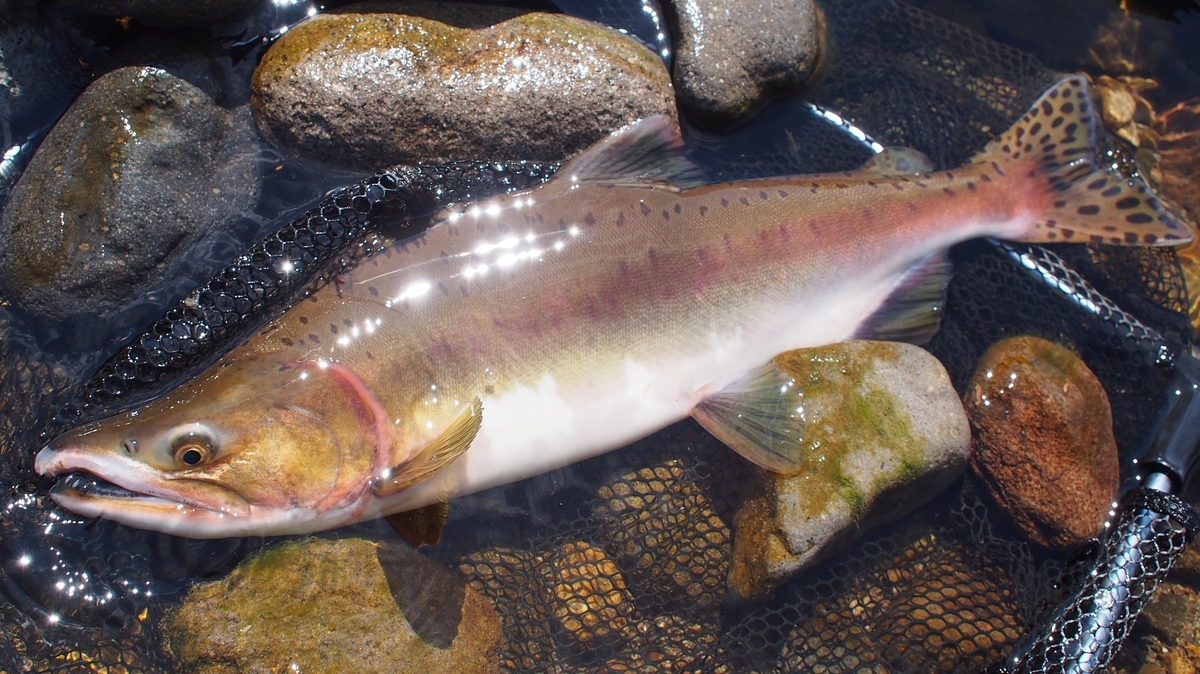 Pink salmon is the small salmon.
It is called "Karafuto masu" in Japan.
It find in east part of Hokkaido.
It is not allowed to catch in the river other than "Cyurui river" too. 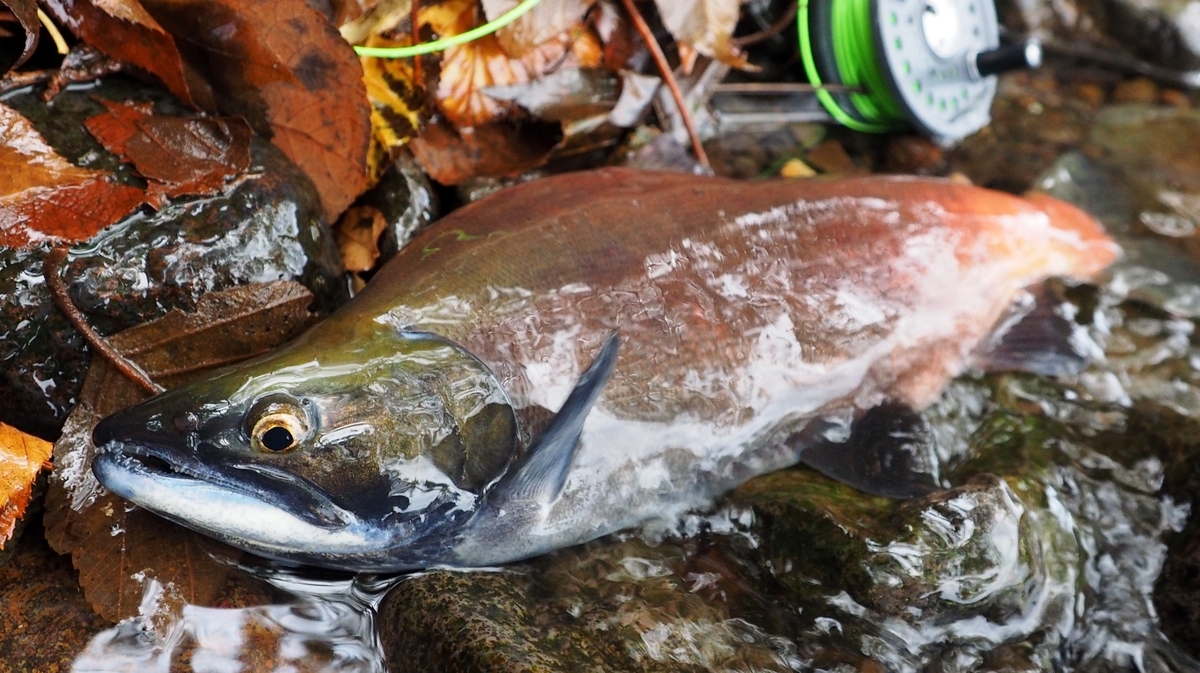 Kokanee is  land-locked lake populations of sockeye salmon.
It is called "Hime masu" in Japan.
It find in some lakes . 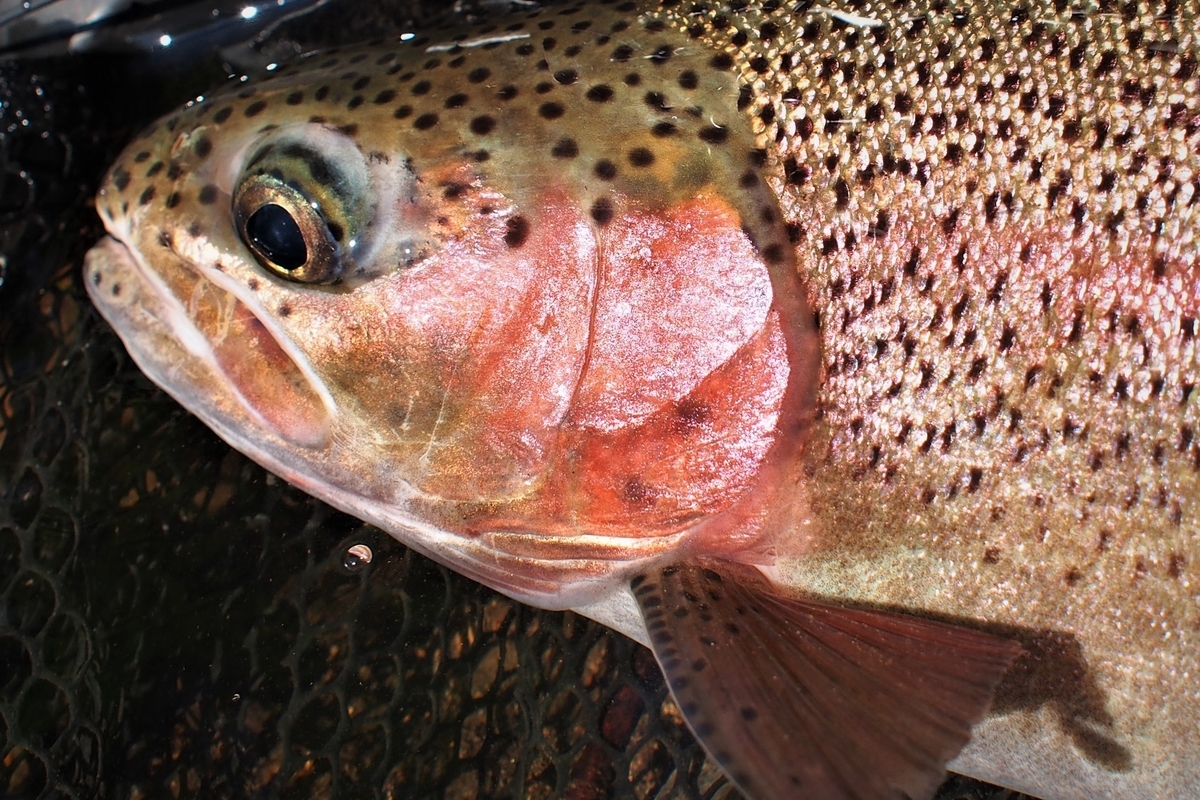 This north american fish released into Hokkaido for the first time in 1920.
It is breeding in many rivers and lakes now. 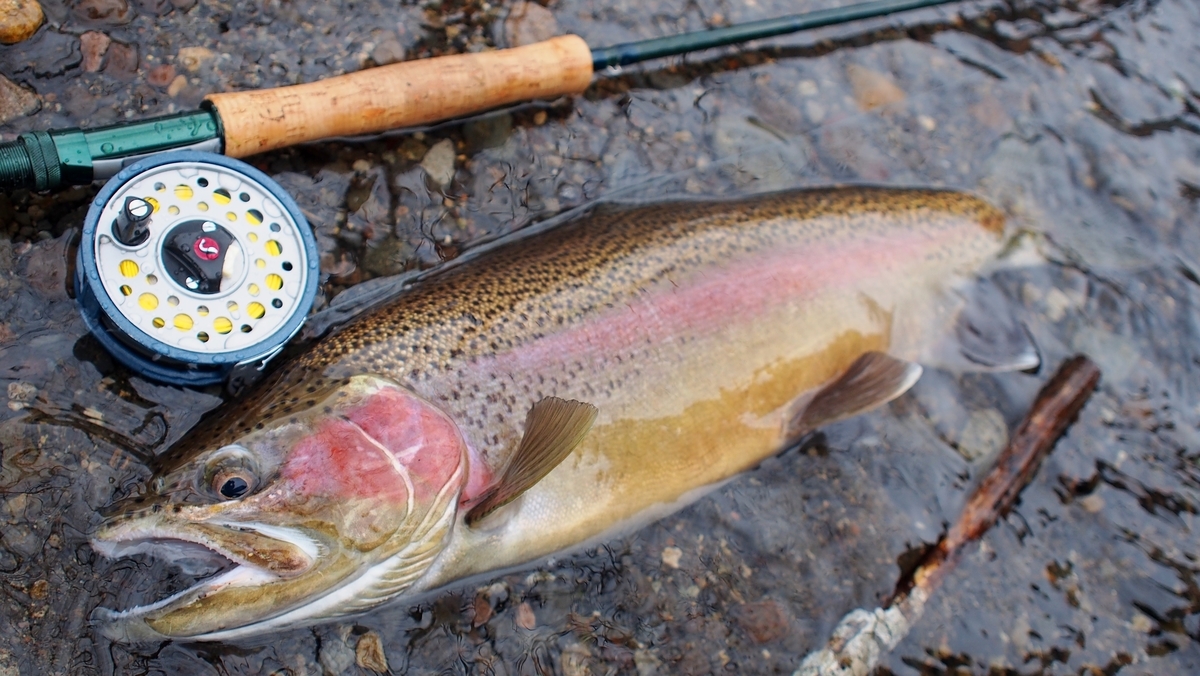 Sometimes over 30inches fish was caught. 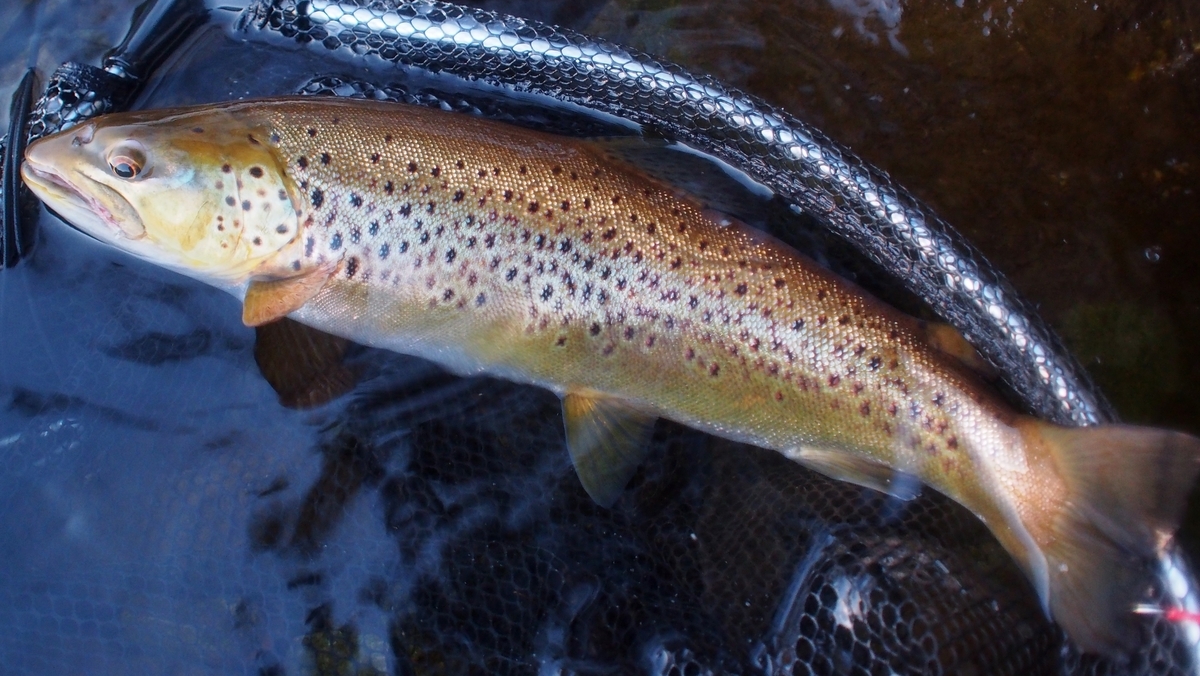 This European fish is breeding in some rivers and lakes of Hokkaido.
Sometimes over 35inches fish was caught.